There can be no denying that Herons are stunning birds that in most cases it is a delight to see. However, Herons, are also the bane of every pond keepers life turning the sight of them from delight to dismay. Hopefully, our 10 Best Ways to stop herons from eating your fish will help you.

These birds fly around, spot a pond, and view it as their very own sushi bar, decimating the fish population in no time!

For this reason – the loss of precious fish – pond keepers are always on the lookout for the best ways to prevent Herons from being able to feast at their ‘tables’. However, there often is no simple solution. This species of bird is intelligent and crafty, and pond keepers need to be creative to keep them away!

Getting To Know The Mighty Heron

Before you can decide the best way to keep Herons from your pond, it may be quite helpful to get to know them. After all, to defeat an enemy, you need to know that enemy, and every piece of knowledge on them may help.

The Heron has an incredibly large range and can be found all over Northern America throughout the year. They are, however, found in greater numbers within certain places during various months due to being partial migrants. The Midwest and Canada, for example, have larger numbers during the summer whilst Mexico has a plethora in winter.

Appearance-wise, Herons are an exceptionally large bird standing around four feet tall with wingspans that can reach six-feet-plus. They are easily recognizable by their thick dagger-like beaks and black stripes that run across their eyes.

Often found standing like statues or walking very slowly on their long legs, Herons are always on the hunt. They stalk their prey and have incredible patience, waiting as long as it takes by freshwater ponds, saltwater wetlands, grasslands, and fields. When they do find prey Herons will strike much like ninjas and feast on anything from fish to amphibians, and reptiles to small mammals.

When they do take to the air Herons fly with slow wingbeats and can reach a speed of up to thirty miles per hour. They soar at altitudes of around eighty to ninety feet where they scan the land looking for reflections in fish ponds. They, however, are unlikely to be found with another Heron, unless it is mating season.

Herons are territorial, prefer hunting alone, and will react dramatically to others in their space. They throw back their heads, point their bill skywards, and outstretch their wings whilst chasing their competitors away.

The Secrets Of The Heron’s Success

Herons are highly efficient hunters that have a large amount of success. The secret of their success? Well, its exceptional intelligence and craftiness, as previously mentioned!

Herons are persistent and patient and will literally stand motionless at the edge of the pond for hours on end to get a tasty bite. They will also wait for the perfect moment to strike that will give them the best chance of not failing to catch their meal.

Herons plan their meals and know exactly where their next one is coming from. This is largely down to their fifteen-year lifespan. During which they learn a pond’s location and return to it every time they fly near.

Herons have learned to make use of a full moon and will hunt proficiently during the three days a year they occur. This is due to there being enough light during these periods to make hunting all night long possible for this ultra determined predator.

Herons will feed your fish in order to prey on them. How? Well, be prepared as this may not only shock but also disgust you. They regurgitate into your pond and wait for your fish to come swimming. Fish are attracted to the smell of Heron vomit as it contains, yes you guessed it fish, which is also the main diet of your pond inhabitants.

Herons mainly prey on ponds in the fall time as they know that this is the time your fish are at their slowest. This is due to drops in temperature at this time, leading to your fish’s metabolism slowing as they prepare for torpor.

You may at this point be thinking that it would be incredibly difficult to stop the clever, successful, and wily Heron from feasting upon your beloved pond fish. However, this is not the case. There are simple ways to thwart Herons and keep them far away from your garden, not just your fish, and we are going to share them. So, without further ado, here is our countdown of the top ten Heron deterrents.

There is no doubt that dogs, especially bird hunting breeds, would chase off and also deter Herons from hunting at your pond. But I’m not sure I would want a guard dog patrolling my pond and yard all day. Let’s keep looking for a more gentle approach to stopping herons.

Gazebos and sails are great to use. Such coverings obscure your pond from the Heron’s view when they are flying. They also make a landing by the pond awkward for these large birds meaning that they will definitely deter them.

A water startler is a motion-activated sprayer that will detect any movement up to forty feet away from your pond. When motion is detected it sprays out jets of water which should serve to startle and scare any invading heron away.

It may come as a surprise to learn, but water fountains aren’t just attractive. They can also act to distort the water. This will make your fish harder for the Heron to see and ultimately protect them from attack.

Should a Heron manage to make it into your pond, providing your fish with a variety of places to hide could be the answer to keeping them safe. A variety of items can be used such as ‘Koi hides’ large submerged pipes, plants, and beds of weeds.

Tall shrubs and emergent plants placed around the perimeter of your pond are always an excellent Heron deterrent. This is due to them creating an enclosed environment which Herons will not like as it stops them from being able to view any potential danger around.

Herons generally land somewhere around the perimeter of a pond and wade into the water to hunt. They do not, however, like to climb over anything to achieve this. By placing clear fishing line around the edge of the pond you can put them off trying to enter it.

As previously mentioned Herons are territorial and will avoid any places where others are found. By placing a Heron decoy at the edge of the pond you can fool them into thinking another Heron has already nabbed this spot and keep them away.

This is the most popular method of keeping herons away from your pond.

Be aware, however, that you will need to move the decoy regularly. Otherwise, the Heron will catch on that it is not real. Also, do not use a decoy through April or May. This is the mating season and you may find an amorous Heron coming in for romance!

Since Herons prefer to fish from the top of the bank lowering your water level by around sixty centimeters can plain and simply stop them from doing this. You may also want to consider, if you have not yet built a pond, creating one that does not have sloping edges. Rather, make the sides vertical so Heron cannot walk in and wade.

Taking the number one spot is netting as when used correctly it is, by a country mile, the best way to stop a Heron from eating the fish in a pond. 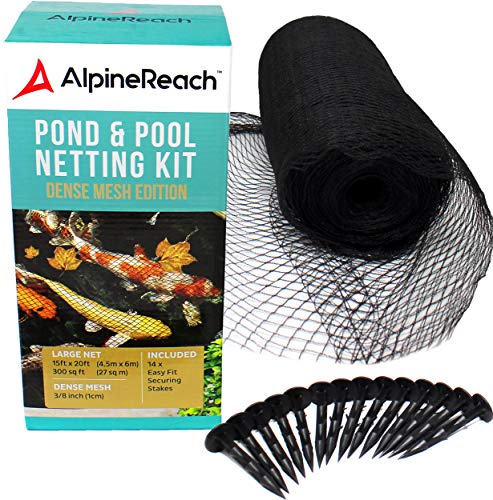 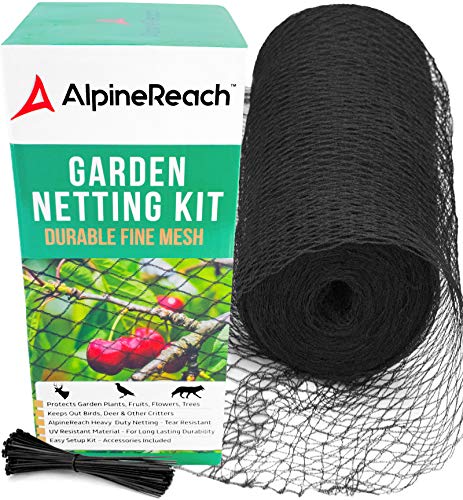 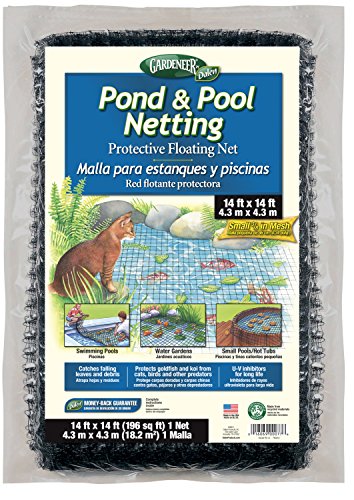 Conclusion: How To Stop Herons Eating Your Fish

Finally, we will end on a word of caution! No matter how tempting, or how much you may want to, you must NEVER resort to shooting a Heron. They are a protected species of bird and doing them harm will land you with a $20,000,00 fine!

Use one of the more peaceful methods of stopping herons from eating your fish and you could save yourself a fortune.