The Congo Tetra is a popular freshwater fish, whose exotic appearance belies an easygoing temperament and relatively straightforward care. This flamboyant African Tetra displays some of the most beautiful characteristics of this diverse family of fish. It will make a great addition to a peaceful freshwater tank. In this comprehensive guide, we provide everything you need to know to make a success of caring for the Congo Tetra.

Read on for helpful information on the habitat, behavior, and breeding of this fish as well as how to maintain optimal water chemistry and the frequently asked questions for this fish.

The magnificent Congo River is the home to these vivid tetras and supplies the Congo Tetra with its name. Its natural habitat is among the slower-moving tributaries of the one of the longest river on earth!

The natural habitat of the Congo Tetra is found in the portion of the Congo river in Zaire. They tend to congregate in rivulets, streams, and swamps, where the abundant vegetation and leaf litter make the water dim and brooding. There they opportunity feed on insects and other small freshwater creatures. Detritus, mud, silt, and debris acidic and tainted with the breakdown products of decay.

Wild Congo Tetras are harvested liberally for the aquarium trade, but numbers have not been adversely impacted and this fish carries a conservation status of ‘Least Concern’. They are also actively bred in fish farms which has greatly increased their availability.

Common aliases of the Congo Tetra

The Latin name for the Congo Tetra is Phenacogrammus interruptus and derived from the Greek ‘with the tricky line’ which refers to aspects of its physical features.Along with other closely related African species, the Congo Tetra is part of the Characiformes family of ray-finned bony fish. Over time it has acquired a number of binomial names as well as a few alternative names which include.

One of the most closely related fish to the Congo Tetra is the Yellow Tailed Congo Tetra, and the Cherry Red Congo Tetra which inhabits the Congolese portion of the river basin also has some morphological similarities. There is also an albino variety which is ultra-rare.

Physical features of the Congo Tetra

These are a great smaller fish for your freshwater tank that sport reflective coloring and flamboyant features that will be a pleasure to behold. But the Congo Tetra is one of the best in our opinion.

The shape of the Congo Tetra

These gorgeous African Tetras are typical characins that have a classic laterally compressed and elongated body. Males have particularly distinctive dorsal and tail fins which become enlarge with feathery fronds.

Males are larger than females with neither sex usually achieving a length longer than 3.5 inches (8.9 cm) in captivity.

These African characins are prized for their beautiful large iridescent scales and flourishing fins! Along the midline of the fish’s body, there is a golden coloration with flanks having a turquoise and violet color. As they move in the water you will see hints of the rainbow, from reds through violet.

Males steal the show with the most vivid display of these delightful physical attributes which include the enlarged fins which have a silken light grey tone with white flecks. The bring out the boldest color for females or to compete with other males.

With good feeding, care, and well-maintained water conditions, a Congo Tetra lifespan is 3 to 5 years in your tank!

Congo Tetra is also popular because of its peaceful temperament which makes it easy to introduce to your community tank. These are sociable fish which will want to school and shoal with others of its own kind. It is best placed in a tank in a mixed-sex group of at least six fish. Without other Congo Tetras around, this fish will become timid, stressed, and will continually seek to hide.

In a peaceful community aquarium, Congo Tetras will lie to swim and will range open spaces in the middle to upper reaches of your tank. Where confident, they will be lively and active, producing a stunning display that you can watch for hours. Some owners describe them as positively rowdy, crowding and tearing apart food much like piranhas and generally bossing the tank!

They will also actively utilize rock caves or other places where they can dart for cover at times.

Breeding of the Fantastique Congo Tetra

In its natural habitat mating tetras will spawn in shallower and slower moving water with the fry taking advantage of submerged vegetation, stones roots to take cover while they grow. In the aquarium, you may find that these fish will spawn spontaneously.

They are remarkably fertile, producing hundreds of fertilized eggs at a time which are all capable of hatching. Help the process along by keeping stringently filtered soft slightly acidic water. Be prepared for large numbers of fry with healthy appetites.

What does the Congo Tetra eat?

Feeding your Congo Tetras well will bring the reward of a more detailed intense color-popping display. These fish are omnivorous and will happily partake of whatever is offered. Flaked and pelleted foods are no problem and the inclusion of frozen and live foods is encouraged for a truly balanced diet.

They have a good appetite and if you find them nipping plants or tank mates you should consider increasing their food. Round out the Congo Tetra diet with nourishing bites of Bloodworms, Drosophila, Daphnia, Cyclops, Brine shrimp, and perhaps seaweeds like Nori. They will need to be fed several times per day for no more than three minutes at a time.

Here is our feeding guide: 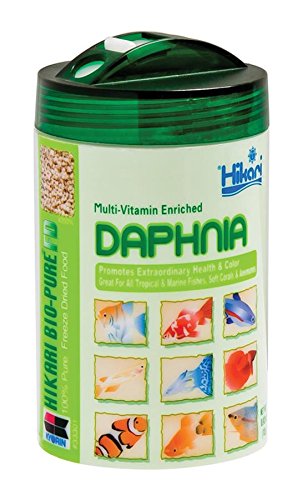 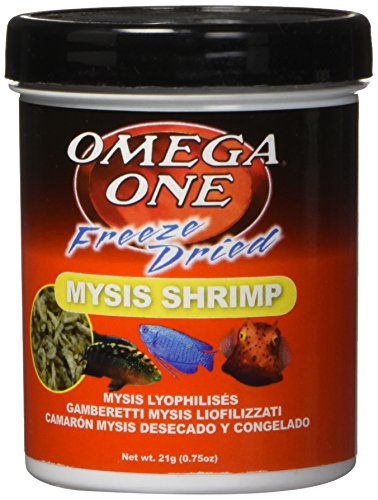 Aquarium care for the Congo Tetra

If you are new to looking after African fish, the Congo Tetra is a great place to start and has a number of local and regional tank mates that can populate a biotope set-up that is similar to the river or stream habitat it comes from.

What size tank does a Congo Tetra need?

Given these tetras get large and you will need a few, be generous with your tank volume and provide plenty of open water for active swimming. They can shoal for hours and a lack of space will quickly become stressful. Aim to provide your tetras with at least 50 gallons and be prepared to increase your tank volume as your fish grow larger.

Water movement is beneficial for Congo Tetras who enjoy swimming with some current present. Keep the tank water circulating with a pump or filter with a water flow of 4 to 5 times the aquarium volume.

Lighting for the Congo Tetra

The aquarium lighting for the Congo Tetra should replicate it’s shady, brooding natural habitat. Keep lighting dim with floating plants to provide shading. This will show off this tetra’s coloration to the best effect.

These tetras are relatively hardy fish and can adjust to temperatures within the range of 20 to 28 degrees Celsius (68 to 82 degrees Fahrenheit).

In its natural habitat, rotting vegetation and leaf litter in slower moving water will make the conditions for the Congo Tetra relatively acidic. Water may also be murky and stained brown with low levels of humic acid. Even though this fish can tolerate acid pHs it is best to avoid extremes. Water purity is also important and a peat filter may also be beneficial.

Water changes should be undertaken bi-weekly of between 25% and 59% of tank volume depending on the number of fish being kept.

Aquascaping for the Congo Tetra!

With such a fancy fish you can let your imagination run wild by creating a biotope aquarium complete with features reminiscent of the tetra’s natural habitat.

Plants will provide cover and interest for your Congo Tetra school and should be arranged in a dark gravel or sandy substrate which will help darken the tank. Include aquarium plants like:

Allow open space for swimming and include river rocks, driftwood and some dried leaves to stain the water, which can be changed at regular intervals.

Tankmates for your Congo Tetra

These beautiful fish are at their best in good company, and aside from making your best effort to house a plentiful school of these tetras, you should look for peaceful complementary tank mates that will not nip or intimidate your tetras.

As with most aquarium fish avoid keeping the Congo Tetra with smaller fish that they may try to bite. Larger fin nippers may prey on the beautiful fins of the Congo Tetra too. With slower species, ensure that your Congo Tetras are not out-competing them for food.

Great companions for the Congo Tetra include:

Q. What are the common diseases of the Congo Tetra?

A. Common aquarium infections and parasites such as:

Thankfully, the Congo Tetra is quite a hardy fish and will usually recover from the common aquarium diseases if promptly treated. Keeping water clean, providing adequate food and swimming space, and keeping stress down should keep ill-health at bay.

Q. What ratio of makes to female Congo Tetras should I keep?

A. This is a common question for schooling species and while a mix of sexes is definitely advisable, opinion on exact proportions varies amongst owners. A commonly used ratio appears to be 2 males for every three females.

Q. Which fish should I avoid with the Congo Tetra?

A.Tiger Barbs are a key species to avoid as they are fin nippers and will decimate the lush fins of your male Congo Tetras.

Freshwater sharks can also grow large and start to harass your fish. Some cichlids like the Parrot Cichlids can grow big, bossy, and stress your Congo Tetras too.

Q. Are there any other African Tetra species I can keep with my Congo Tetras?

A. If you are looking to create an African biotope aquarium, tetras will set the whole thing off! Capture the brooding, humid beauty of an African river basin with great aquascaping and a selection of Africa’s most popular tetras:

The Congo Tetra is a delightful addition to a freshwater tank and as you see above it has reasonable care requirements that make it a fine choice for a moderately experienced aquarist. Being a peaceful community fish, you will have lots of options for integrating it in your tank, provided you have adequate open water, as they can grow large.

If you are looking for an African freshwater fish that can compete with tropical fish for color, character, and display you can do no better than the Fantastic Congo Tetra.